New iPod Round Up

Alright, here’s the post you have all been waiting for. Yesterday Apple held their event and as everyone in America had guessed, they released some new iPod’s. Overall opinion on this year’s batch? It’s all about the features. I’m not feeling the shape of the new Nano. The Touch has been redesigned a little, mostly to resemble the iPhone more. I guess last year we were spoiled more when the Touch was first revealed. That really shook up the iPod playing field, as we didn’t have a iPod that packed THAT many features or drastically changed how we saw an iPod.

Be sure to check out the gallery at the bottom of the post for pictures from the event. All pictures are borrowed from Gizmodo.

Big things come in small packages. So with the Touch and the iPhone being around for over a year now, your typical iPod is slowly evolving. First, let’s talk about the Nano. Looks first, the Nano is now available in 9 color’s. Yes, 9. It’s case closely resembles the iPod Mini, which is faintly a twinkle in Steve Job’s eye. It is also the thinnest iPod ever being only 0.24 inches (6.2mm) in depth. It is 3.6 inches (90.7 mm) long by 1.5 inches (38.7 mm) wide, and weighs in at 1.3 ounces (36.8 grams).

Feature-wise, the Nano is taking notes from the iPhone and Touch. It sports a 2-inch LCD screen. It sports a accelerometer so when you rotate the Nano, the screen flips. This allows a wider screen when viewing photo’s or movies. Yes, movies. With 8 or 16 GB of space, you can hold up to 8 to 16 hours of video respectfully. Unfortunately a magnifying glass is not included with the purchase of your Nano. Also, when the Nano is on its side you can thumb through your albums just like with the iPhone and Touch. One last cool feature, you can now shake your Nano and it will shuffle to a new song. Personally, I can’t wait to see everyone on the streets with that constipated look shaking their iPod in hopes of finding a good hit.

At your finger tips. The Touch had less of a physical change than the Nano. But the few changes it does sport, are well worth it. The Touch now supports an external speaker and external volume buttons. Now when you reach in your pocket to lower the volume, it won’t look like you’re playing pocket pool. The speaker isn’t anything special, but it will prevent you from grabbing your ear buds when playing video’s on YouTube or when sharing with your friend the last Britney Spears song you downloaded. The casing of the Touch, at least the front, looks unchanged. A few cosmetic changes, but mostly resembles the iPhone now.

Features, where to start. The Touch now boasts 36 hours of audio playback. Holy HELL! Granted that’s if you don’t touch the damn thing and select new songs to listen to every 2 minutes. Storage still stands at 8 GB, 16GB, and 32 GB. But the price point is lower. Prices are $229, $299, and $399 respectively. About a $70-$100 price drop for each model, perfect timing for Christmas/Chanukah/Hanukkah/Kwanzaa. One last feature is the Nike+ software, which tracks your running progress, is now available on the Touch. You don’t even need the dongle that attached to it anymore. I’m hoping this will work out with the previous generation of the Touch, so I don’t have to bring my Nano and my Touch to the gym.

To top it off. Some less fascinating upgrades. The iPod Classic is now available for $249, packing 120 GB’s of storage. I’m not sure if there were any changes to the Shuffle though. Maybe some new color’s? Storage is still 1 to 2 GB. Also, Apple has finally redesigned their in-ear headphones. They come with a mic and a remote built-in to the headphones. Basically sporting the same features as the iPhone headphones. The new headphones contains two separate high-performance drivers — a woofer to handle bass and mid-range sounds and a tweeter for high-frequency audio. These dedicated drivers help ensure accurate, detailed sound across the entire sonic spectrum.

To end it all. Overall, a lot of great features and updates were shown. It’s always good to see a company who own’s 73% of the market, leading the way with innovation. What also drives Apple’s innovation is their main competitor, Microsoft, preparing to release their 3rd generation Zune. Will we see something new in Spring 2009? Or will we have to mark our calendar’s again for September 2009? Guess we’ll have to wait.

Photo Gallery: Be sure to click on each thumbnail to enlarge the image. 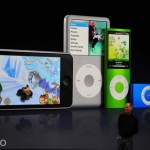 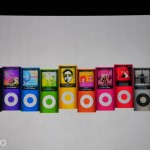 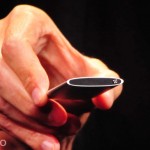 The Nano Went on a Diet 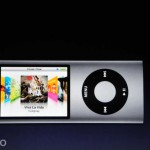 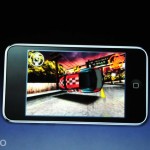 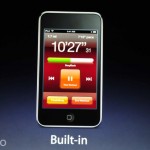 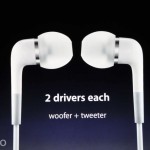